It’s been a very long time since we have seen this number of seagulls following the seed drill. The kites and buzzards mostly scare them off, but maybe they are particularly hungry after the spell of cold weather. Also, this field is but a stone’s throw away from Caversham Lakes and the River Thames, so maybe that has a bearing on it. Meanwhile, a day or two later up on the Chilterns, it was back to normal with the Red Kites hoovering up the worms that the cultivator exposed.

The last few days of February saw us finally get back into the fields. The incessant rainfall of January turned into the biting winds of February which helped dry out the surface somewhat. Whilst we waited for the soil to at least start to dry out underneath, we took the opportunity to get some fertiliser onto the winter crops. Then, with a sudden flurry of cultivations and seeding we got the last 90ha of wheat drilled which should have gone in the ground during the autumn. It took only 5 days for the seed to chit so the soil can’t be that cold. As conditions improved we carried on and got the spring cereals established as well. That is all except for a horribly wet clay area in the middle of the farm, which I still optimistically hope to get a crop of spring barley into sometime later this month. Just over 200ha cultivated and 3 different types of crops sown in 8 days was brilliant considering we were struggling to get 10ha a day established in late October. A credit to the hard work of Ian and Trevor our 2 tractor drivers. Sadly Trevor has decided to hang up his boots and overalls and he leaves us at the end of the month to take on a new challenge.

March, April and May are always manic months as the crops grow so fast it is difficult to keep pace with them and tend to their needs. Hopefully we have found a replacement for Trevor, so Ian and I won’t have to be even busier than normal for too long. 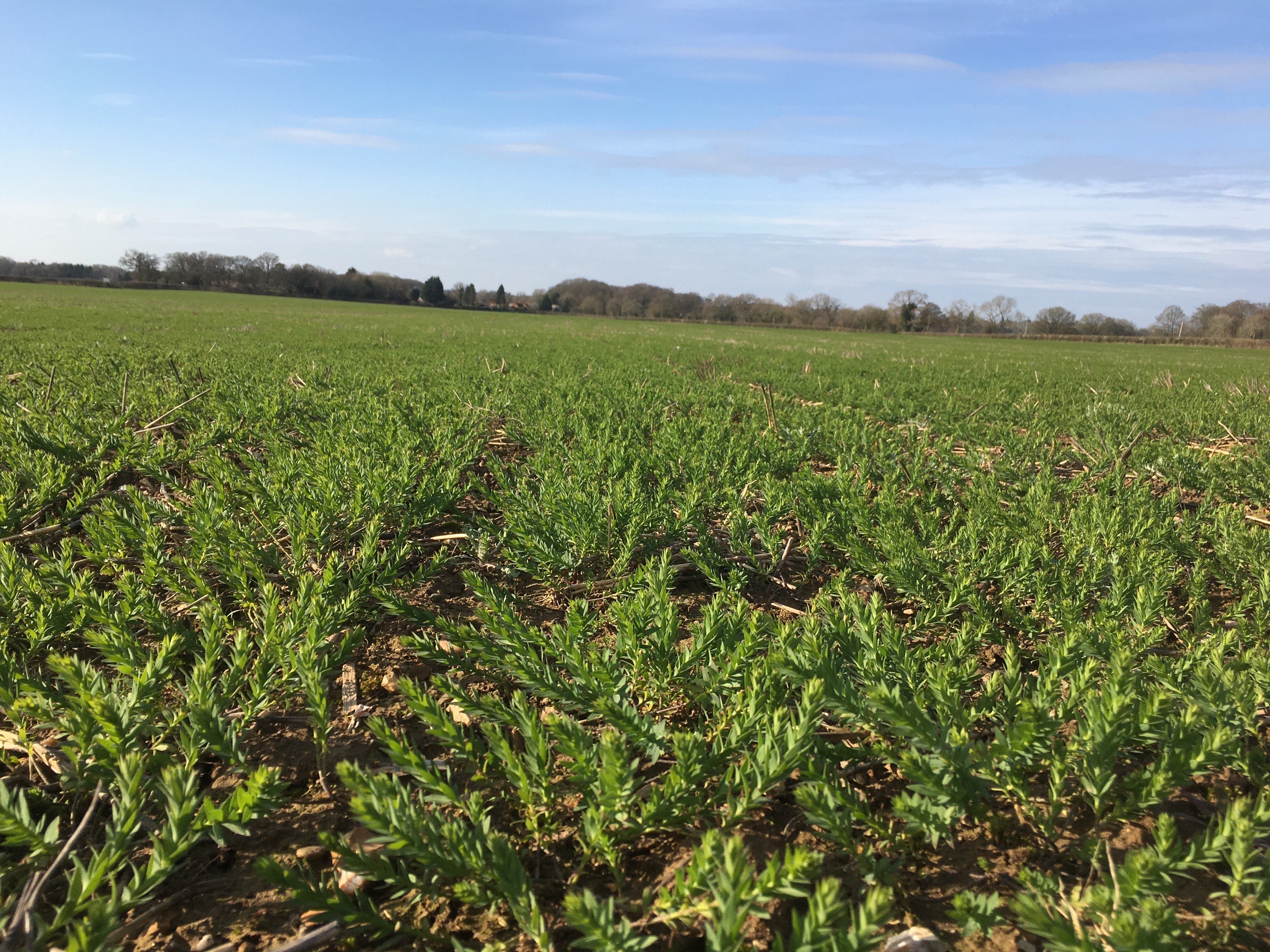 The linseed has continued its remarkable recovery from the frost damage. On close examination you can see the leaves that were frosted have now shrivelled up and dropped off, whilst the rest of the plant powers away. Sadly though we have an area that has been severely grazed by deer and the now returning ravenous pigeons. So not all is rosy in the fields. That’s farming though, you just crack one problem only to find another one waiting for you. Still I wouldn’t swap it for any other job.

So my first piece in the Henley Standard has been and gone and I was delighted by all the positive feedback that I received. I look forward to writing subsequent articles and shedding the light on how we as farmers produce food and care for the countryside.