As the water recedes from the winter linseed after the Thames flooded for the third time since Christmas, I can’t help thinking about those living further north and along the Welsh borders who have suffered much worse than we have. At least we have not suffered any damage to property or vehicles. We expect to get land under water on this part of the farm about 2 years in 5. The last bad flood was in 2014  and when viewed from the higher ground the Thames Valley was just one large, moving lake. There was extensive damage to property across the region and the road just south of us that crosses the Thames was closed for 10 weeks. This time the water has risen very quickly and fallen away within days as we are sandwiched between 2 sets of flood control barriers which help protect homes and business in Reading and Henley. It’s a fact of life that as we farm some ground on a flood plain, so it is going to go under water at times. Let’s hope it becomes a public good and we get paid for it in the future. 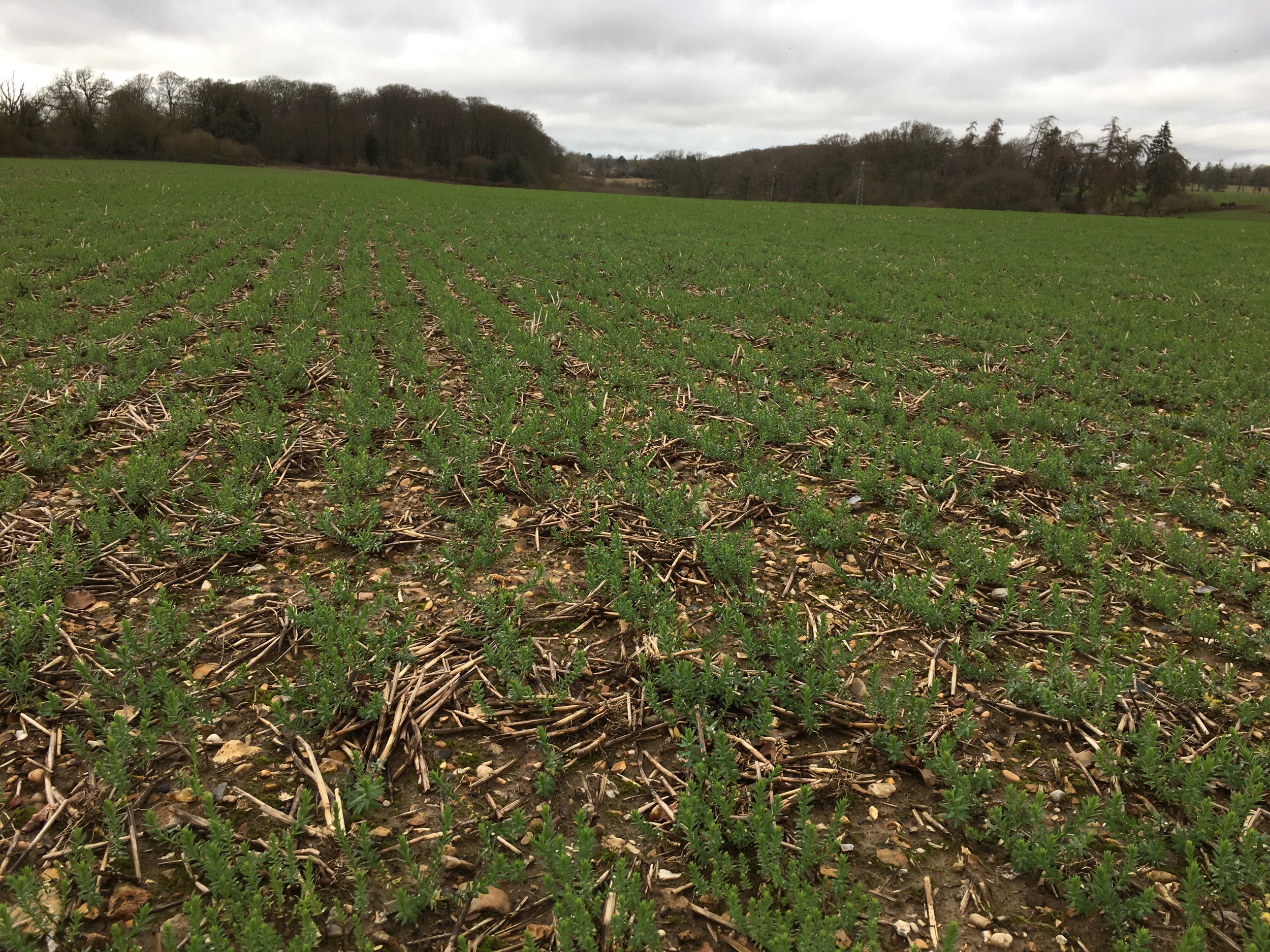 That’s what the linseed looks like on the higher, gravel ground. Nicely growing away, strong plants which haven’t sat with their roots in water all winter or been submerged by the rampaging river. This block has also escaped the attention of various hungry mouths unlike the crop down by the river. Winter linseed does have an amazing power to get up and go in the spring, so all may not be lost for the poor crop on the wetter ground.

Other than moving some more muck out to the fields on a few dry days earlier in the month, before Ciara and Dennis came to visit, we haven’t got any other work done. Even these brief forays out with the tractors gave us problems with the fuel filters as we struggle to use up the fuel that was delivered in September that caused all of this. It seems nobody has accepted responsibility yet, as the specifications on bio fuel are so wide there is no incentive to rush to sort it out.

My plans for drilling some late wheat are nearly at an end with the latest safe date for sowing Skyfall looming up in early March and the rain still falling. So Liz and I are going to take a few days off, try a low carbon break and let the train take the strain. Maybe the weather will finally improve on our return.