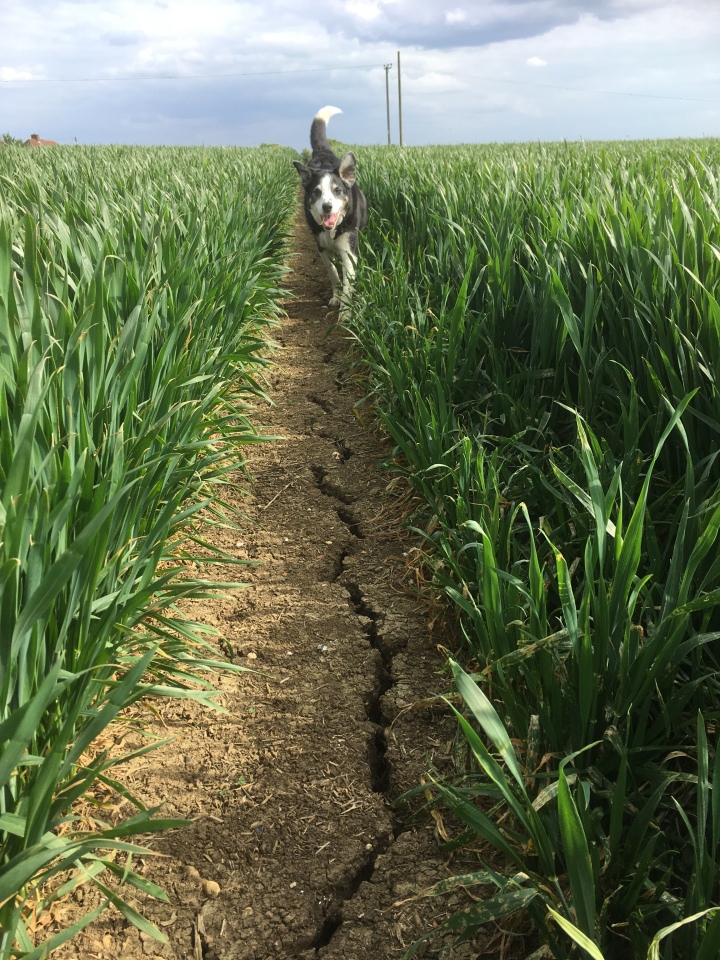 We just about managed to reach the 10 year average monthly rainfall for April. However, here in South Oxfordshire, over half of the 31mm we had fell in the first week of the month. This had been preceded by a dry winter, so the question is, have we had enough for the crops to keep going? Despite the cracks opening up on the areas of clay cap, the winter cereals seem to be doing ok even on the gravel soils. In fact the few millimetres that we keep getting is just keeping the spring crops ticking along as well. We had some quite heavy dews in April, so I am glad that I did not cut back on my T1 wheat spray. The SDHI/triazole mix of Aviator along with chlorothanil should protect it until the now emerging flag leaf is fully out. I have been particularly careful this time not to include any herbicides with either growth regulators or fungicides. There has been quite a lot of damage this year to crops due to the high diurnal range in temperatures along with the lack of moisture.

With a slow rise in soil temperature and the promise of some more rain it’s time to think about sowing the forage maize. The muck was spread and deep tilled in last month with areas of compaction such as the muck rucks subsoiled. We use our John Deere 750A to drill the maize on standard 167mm rows. We have tried using a maize drill in the past and also blocking off spouts on our own drill, but this current system seems to work best for us. However, this year we will get a contractor to drill part of the area with a maize drill, just to ensure we are still not getting a yield penalty. We also have our variable seed rate trial to establish which should prove interesting.

Was that enough of a wake up call to our politicians when the results came in from the local elections? Our once world leading democracy has been brought to its knees by the self seeking antics of those who purport to run our country and this goes for both the government and the opposition. Take note, change is coming and something has to alter in Westminster. They are almost as incompetent as Natural England!