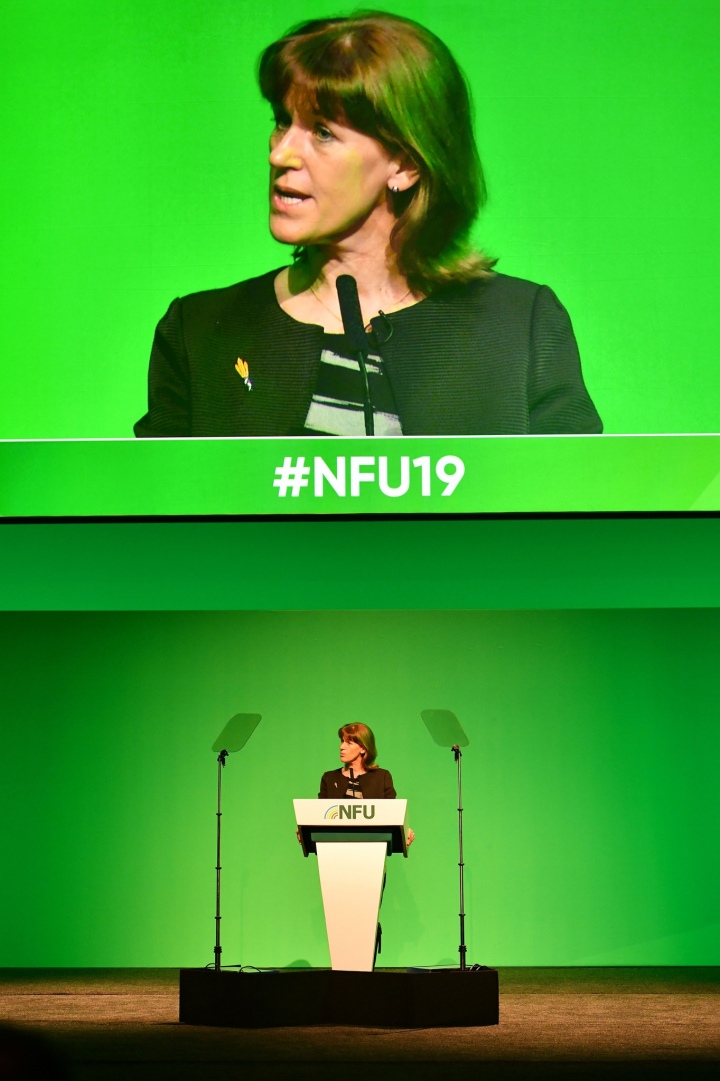 Minette Batters gave a barnstorming performance in her opening address at The NFU Conference. Whilst Micheal Gove sat and waited alongside the leadership team to one side of the stage, she forcefully laid out her aspirations for our industry. During her speech Mr Gove could be seen scribbling on his notes. When he took to the podium he looked a little less confident than he normally does. Haveing seen him deliver a speech to a similar but smaller audience at the CLA conference in November this was altogether different. At that event he confidently spoke for over half an hour without any notes at all. This was very different, he stuck to his note reading them out line by line. This was followed by a Michael Parkinson type interview from Minette with a few questions from selected members of the audience. A particularly amusing situation arose after a question about 2017 Stewardship payments. Mr Gove gave out to 1000 farmers in the audience the email address of his personal secretary.

The upshot was that we came away having learnt not a lot. He did drop some hints that we probably were not going to be overly pleased with the impending announcement of tariffs that would be used if we crashed out of the EU with no deal.

Highlights for me from the rest of the conference. Firstly the combinable crops session. In particular Mike Green Agricultural Sustainability Manager from BASF. He gave an excellent presentation on Natural Capital and how we maybe able to supplement our income in the future from environmental type payments.

Jack Bobo from Intrexon Corporation was very good and really should have been given a much longer slot.

Steve Richards a political commentator who occasionally presents on the BBC was exceptional, freed from any restrictions his corporation bosses may impose on him. He gave us an honest assessment of politics as it is now. It was particularly poignant that just before he came on stage, 3 conservative MPs had just resigned.

An enjoyable event and I extend my thanks to all the staff at the NFU particularly those from the South East region and especially William White.